The last day of the NRA Anual meeting there was a flyer in the meeting room
FREE GIFT FOR YOUR WIFE I was intrigued..turns out A.G. Russel was giving out Odin's Eye knives. The idea was for the lady to have it on her keychain for emergencies. Unfortunately if carried around in Ohio it's a crime. The knife is illegal due to it's design as a push dagger or T-blade. 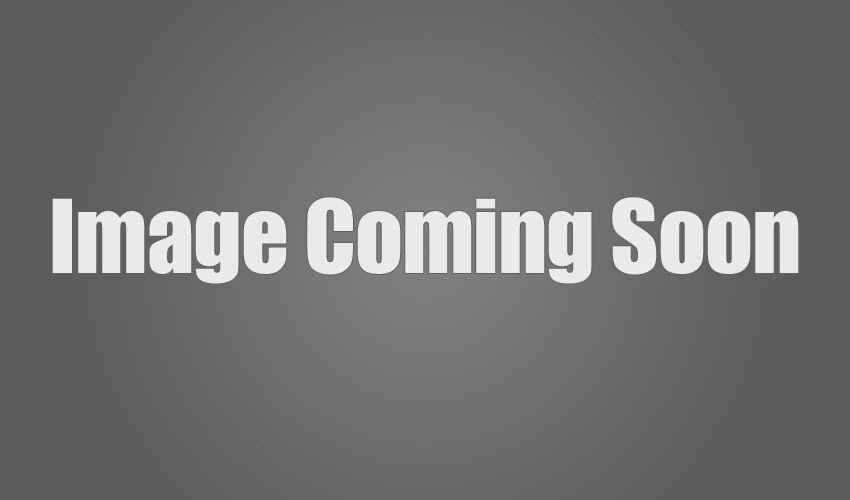 
For an excellent write up on the Odin's eye visit
http://www.wallsofthecity.net/

So instead the nice gentleman gave me one of these:

Not  bad a 3in 8cr13MoV blade. Although as a neck knife it's FAIL. The sheath does not hold the knife nearly well enough to trust it as a neck knife. Also the bade is thin for a fighting knife. I do however think it will serve well as a skinning knife or as a toolbox/desk drawer blade.

The lady thinks it's a bit diminutive for her tastes. She usually has a Kershaw folder or better on her anyway :)

If yo think I'm full of brown and smelly saying it's unfit for neck knife duty. I have a few other knifes that serve as a neck knife. Mainly a cold steel Tokyo Spike and a CRKT tanto.

Not to mention the next one!
I found this while walking around... not bad for $5. Yah I'm not a fan of the zombie this and zombie that *shrug* 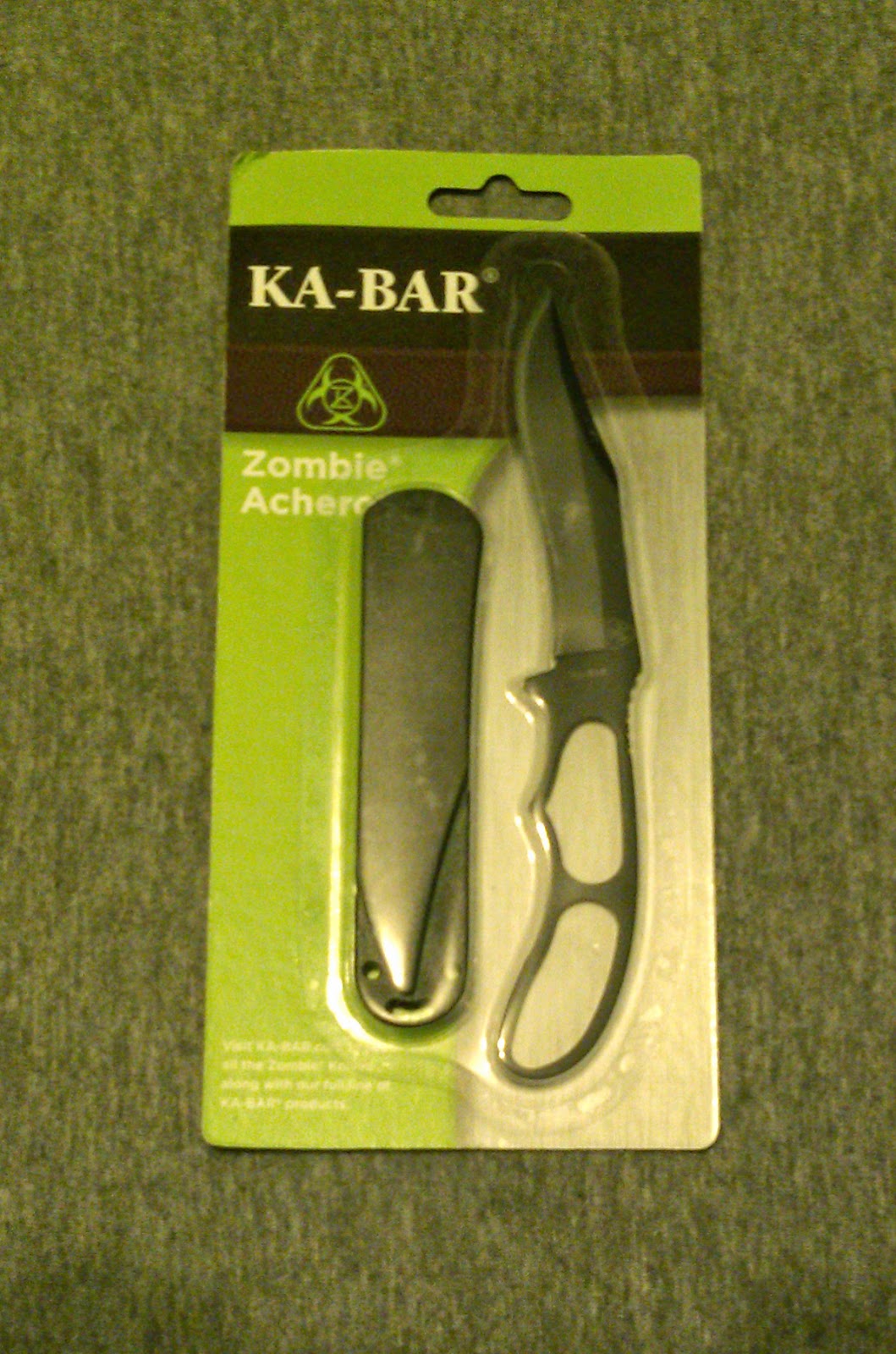 It is a Kabar ZOMBIE Archeron. 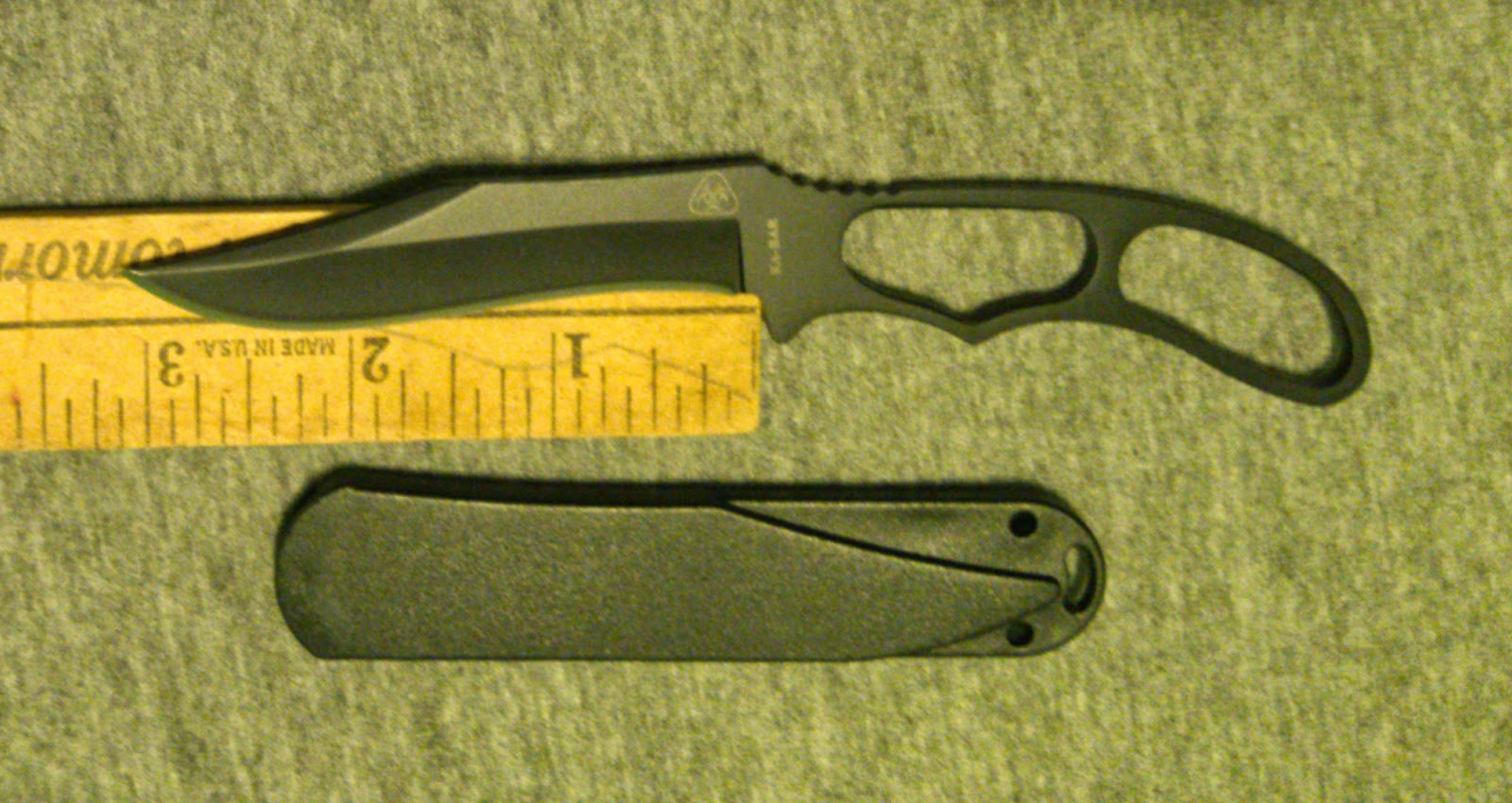 Pretty good for five bucks. I do however think the grip is a bit too small. Paracord wrapped around the handle should solve this nicely.


Last is a CardSharp folding knife. I don't know if it's a Ian Sinclair one or not. Doubt it since it was a freebie. 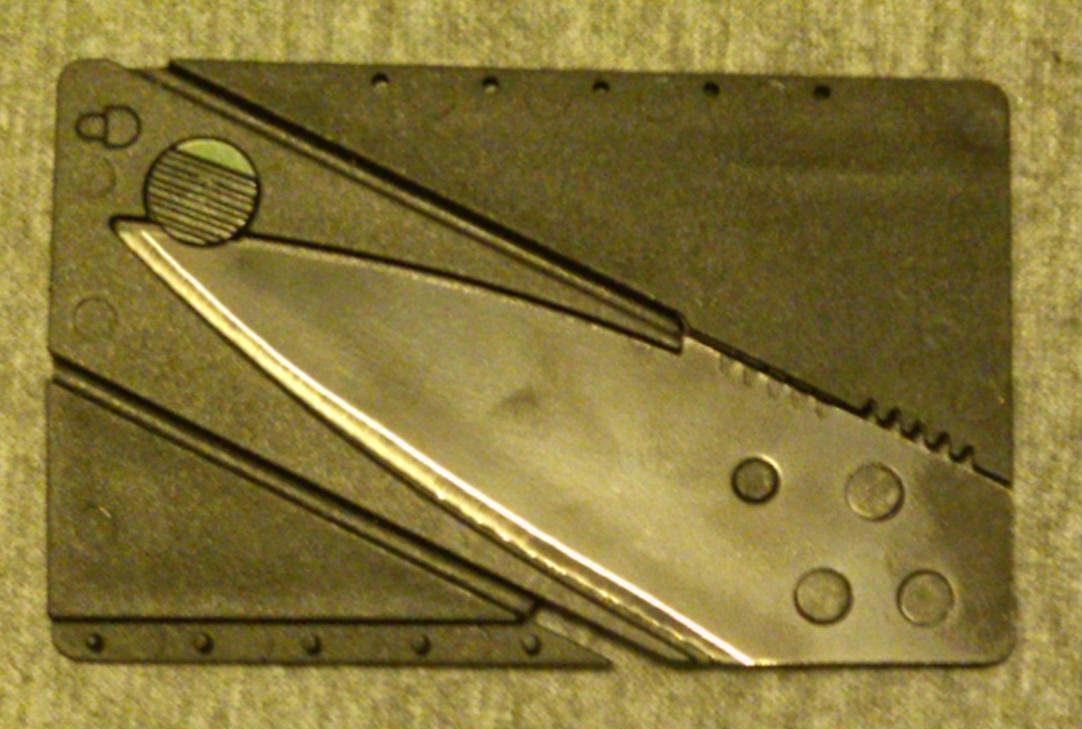 My recommendation...is if it's free great...I would not pay money for it! The blade is not much thicker than a razorblade and I bet if you tried to use it that the plastic seams will crack and break in short order.
If what you are looking for is a wallet holdout blade...well it still sounds like a solution in search of a problem.

OH NOES!! THOTpolice only likes cheap knives!
Let me dissuade you immediately. Also acquired at NRA was the following:

A Kershaw Onion Damascus (which is monogrammed) and a Boker Ceramic.

FCC you are a carbon emissions source. Do Gaia a favor and look into stopping that. The War Eagle Blade knife was provided for review. The CardSharp was free with another purchase. The Others where purchased by me.